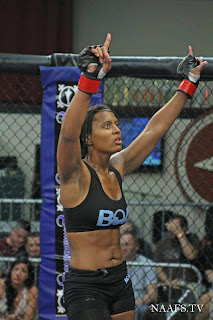 
After a successful amateur career, Allanna Jones is off to a good start in her pro career. Most recently she won a split decision against Kelsey Desantis. Now she is preparing for her most high profile fight to date when she takes on Fallon Fox on May 24th for CFA. Allanna will be Fallon's first opponent since Fox went public with the fact she was formerly a man. With all the attention that can be expected around this fight, a win for Jones would be very big for her career.

Q: You are coming off a split decision win over Kelsey Desantis. How satisfied were you with your performance in that fight?
A: I was very satisfied. There are things I wish I could have done in the first round, but I was excited and satisfied that I got the win.

Q: When you heard "split decision" were you surprised?
A: Yeah I was surprised. It was a real close fight, I didn't know for sure if I had it, but I am real happy I won.

Q: Your next fight is in May against Fallon Fox. By now everyone knows she has admitted to originally being a man, when you first heard, what was your reaction?
A: I was very shocked, I couldn't believe it. I would have never thought of that happening in MMA. I was very shocked. 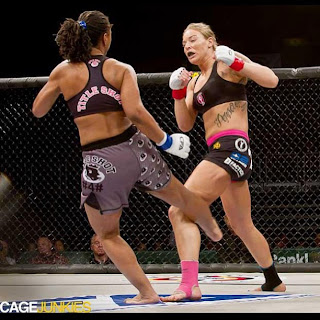 Q: I have said that my problem is that her opponents should have been told ahead of time, would you agree with that?
A: Yeah, I do agree. I believe it is something Fallon Fox should have mentioned before she fought in the tournament. That could have made it easier for the other girls and maybe wouldn't have blown up so much and people wouldn't have got upset. I couldn't believe it, she should have said something before.

Q: In your opinion, should she be allowed to fight?
A: Honestly, no I don't. I believe Fallon Fox was a man for thirty years or so, she was born a man, and I don't think she should be allowed. The Florida commission is allowing her to though.

Q: Did you consider not taking the fight?
A: Yeah, I did consider. I didn't know what it would do to the sport in general. Not because I am afraid to fight Fallon Fox, that wasn't an issue, I was more worried about what is gonna happen to women's MMA, that it would affect it in a negative way. That is why I was second guessing taking the fight in the beginning.

Q: I know you and have covered several of your fights, you go out to finish, but lets say it does go late, her fights have all ended early, you have late round experience, does that give you any advantage?
A: Yeah, I believe it does. Fallon Fox has never made it out of the first round, she always ends her fights quickly. I would say that of all her opponents, I am more experienced than any opponent she has faced. I definitely believe it will go longer than the first round and I am used to fights going the distance. My cardio is good, I don't know how that will affect Fallon Fox and her cardio, but I am experienced in it. 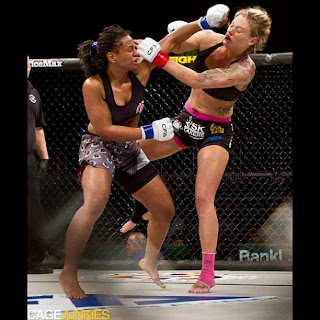 Q: Where do you have the biggest advantage?
A: I believe my striking is way better than Fallon Fox, way better.

Q: Where does she pose the biggest threat?
A: Maybe if the fight went to the ground, but I am confident in that area as well. I am in the gym training and working on some things for that moment if that happens. That is the only advantage I see.

Q: Do you have a prediction?
A: I definitely believe I am gonna win. Not sure how I am gonna win, I would love to get the knockout and finish her. 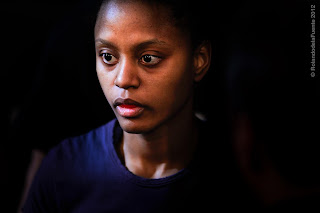 Q: There will be a lot of attention around this fight, with all the attention around it, how big would a win be for you?
A: It's gonna be huge. It is like making history in the sport and would be huge to win. It would be very important to me to win.

Q: After this, any idea what you want next, or just taking it one at a time?
A: Just taking it a little bit at a time, day by day. Go back to the gym and wait for whatever comes next. 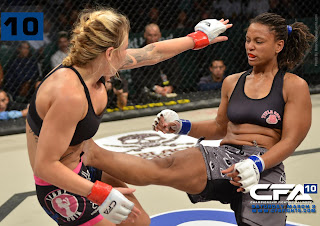 Q: Anyone you want to thank?
A: My sponsors, Vengeance Fightwear, Intimidation, Title Shot, Ron Deleon Promotions, my coaches Leroy Ortega, Glen Baily and coaches at Murcielago MMA, my managers, Dan Waterman and Pat Wilson from Big Fight Management, my teammates at Soldados MMA and Murcielago, and big thanks to my family, friends and fans for all the support.
Posted by JasonDBK at 5:35 PM