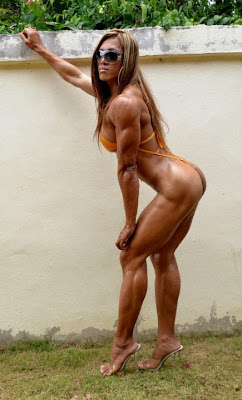 
Penpraghai Tiangnok has really quickly burst on the fitness scene and quickly gained a wide fan base. Her rise in popularity is no doubt due equally to her beauty and her amazing physique. In 2011 she became Thailand's first ever IFBB pro and recently at the N.Y. pro took third in her pro debut. I think we are going to see more and more of Penpraghai in the fitness industry as she continues to improve and become more and more popular.


Q: can you talk about how you got started in the gym?
A: Well, I’ve been into the sports since I was little, I ran track and hurdles at high school and college and I tried many kinds of sports. About three and half years ago my friend, who is powerlifter and powerlifting/bodybuilding coach convinced me to start with weight training. I started to train under his guidance and made great progress quickly, gained muscles and got much stronger. I decided to compete at GPC World powerlifting championships which was held in September 2010 in Prague, Czech Republic. Since my body responded very well for the weight training and bodybuilding diet (which was something very new for me), my coach proposed me to compete in figure show. I decided to give it a shot and prepared for Thai nationals which was held in March 2010 in Bangkok, where I placed first in figure class and this is where it all started:) Few months later I won the GPC Worlds in 132lbs class and became the first Thai world powerlifting champion ever.

Q: What made you decide to compete?
A: I pretty much explained that above…I was always quite competitive type comparing with others. Trying to constantly improve, eliminate my weak points and show up in better shape than in previous show, this is what keeps me excited about competing and pushing me constantly forward… 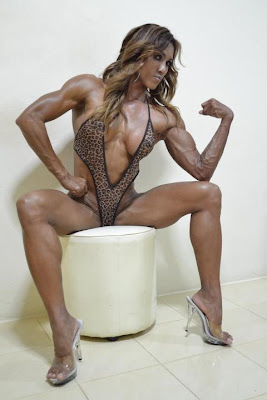 Q: Some people say competing becomes an addiction for them, was that the case with you?
A: Mmm, I wouldn’t say exactly an addiction, but the truth to be told, I do enjoy competing, it keeps me motivated and I’m always looking forward to the next show. However, I can imagine to stop competing due to the family, work, health etc. reasons. Would I miss it though? Sure!:)

Q: In 2011 at the Juliette Bergmann Classic you became Thailand's first ever IFBB pro. Can you talk about what you were thinking when you won?
A: The preparation for Juliette Bergmann Classic was very hard as I was really keen on winning this show and earning my pro card and I wanted to present myself in real good shape... I dieted longer than usual, I did more cardio, I tried some new dieting principles. On top of that I broke my wrist 8 weeks before the show…With the arm in cast I almost couldn’t train my upper body for 4 weeks, but I kept going the diet, cardio and weight training, however limited…So when they announced my name as the winner later, I’ve got very intense feelings – mix of happiness, satisfaction and hard work payoff… 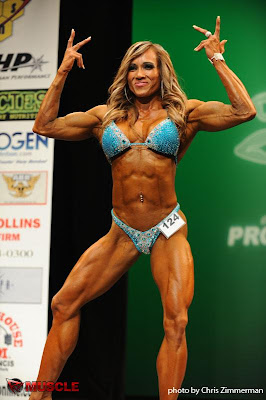 Q: Just recently you took third place at the N.Y. Pro. How satisfied were you with how you did?
A: Very! I was leaving to New York wishing to place in top 10. Third place at my pro debut, at the biggest show of the year, in such a great competition meant a huge achievement to me.

Q: Are the competitions here any different than in Thailand?
A: Yes, very! The quality (and number) of competitors, audience, organization etc… It’s like comparing apples and oranges:)

Q: Were you more nervous for your pro debut than in previous competitions?
A: Well, it was not only my pro debut but also first women’s physique show, so I was definitely more excited than ever, I wouldn’t say nervous though. Also the organization of the show, tanning, hair & makeup services etc. were perfect, so I could stay focused and didn’t have to concern about anything else.

Q: Any idea when you will compete next?
A: Currently preparing for IFBB Grand Prix Titans Pro, October 20th, Culver City, CA. 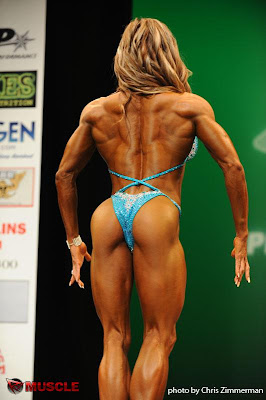 Q: With your physique, what improvements do you want to make for your next competition?
A: I was told I was too hard in New York, so I’d like to come in little softer at the next show…

Q: Many people have said you have the best glutes in the sport. Can you talk about what you do to train glutes?
A: Nothing in particular, really. I do not do any special exercises for glutes, however I do a lot of hamstrings and lower back work, which also develops the glutes. My favorites are sumo deadlift and it’s variations (against chains, bands, reverse bands, elevated etc.), romanian deadlift, 45 degree back extensions, reverse hypers, good morning and it’s variations (against chains, bands, chains suspended…) - I love to use cambered bar for these, and my personal number 1 choice – glute ham raise (with added weight, bands, elevated). I go fairly heavy for deadlifts and good mornings, keeping the reps low (1-5) and lighter for the assistance work, keeping the reps usually in 8-10 range. I train hamstrings/lower back usually twice a week. It’s basically traditional powerlifting template I follow.

Q: When you are in the gym, do you get a lot of unwanted attention or stares from people?
A: Yes, I do, definitely more than I’d like to:)

Q: When you are in public, do you dress to cover up and avoid attention or dress to show off your physique and the hard work?
A: Mostly to cover up, although I do like to dress sexy as well, so from time to time I put on sexy mini dress and high heels and go out to tease the guys a bit…:)

Q: You have been doing fitness modeling, what do you enjoy about that?
A: I do enjoy it a lot, it’s a great experience, I get the chance to meet new interesting people who are real professionals in their field, see new places…It’s fun…

Q: If you could spend one day training with any person, who would you pick?
A: Definitely Louie Simmons, Westside Barbell founder, strength training legend… 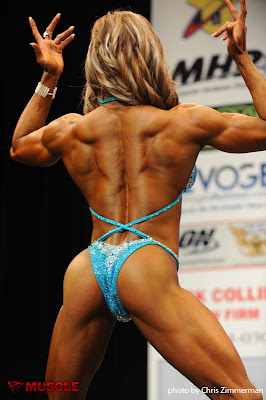 Q: Anyone you want to thank?
A: My family for supporting me, my coach Max, Jerry Beck from Iron Asylum and all my fans for their support and positive words.