Kerri Bolen is someone I know quite well from her figure competing. When I recently saw photos of Kerri when she was about to compete in bodybuilding I was blown away. She had added some great muscle and was the definition of the word "shredded". Obviously I was not alone in that belief, as Kerri won her pro card at that show. Rarely have a seen anyone look so much better from one show to the next. Bodybuilding is definitely the division for her. She is now just weeks from her next show and I cant wait to see what she brings to the stage.

Q: Can you talk about how you got started in the gym?
A: I guess it would be due to my uncle. He used to workout and I would go hang out with him when I was a teenager and I got interested in lifting weights. 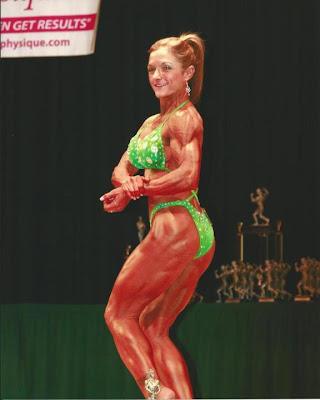 Q: Why did you decide to compete?
A: I really admired the ladies back then, like Rachel McClish, Cory Everon, Carla Dunlap, I just thought it was cool and loved their physiques.

Q: Some people still are not accepting of female bodybuilders, when you started to really add muscle did anyone close to you react negative to it?
A: I didn't have too much of that. I will say that I have some family members that don't understand me wanting to compete. Most of the feedback has been positive.

Q: After 2003 you took a long time off from competing, why was that?
A: At that point my son was still young and the amount of time and dedication it took to compete was not worth taking that time away from him. 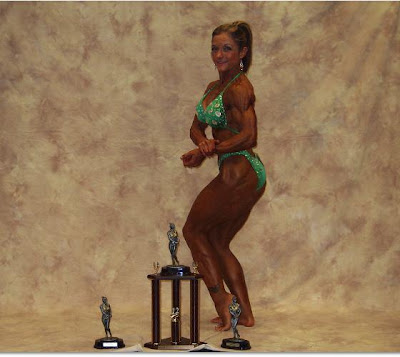 Q: Why did you decide to get back into it in 2010?
A: My son was pretty much grown and my husband is interested in working out. We go to the gym together an the natural instinct to compete came back. I knew I had the time to devote my everything to it.

Q: When you came back, why figure instead of bodybuilding?
A: I was afraid I didn't have enough muscle for bodybuilding in NPC. So I decided to try the figure aspect.

Q: In 2011 you did physique and now bodybuilding, is it safe to say that is where you prefer to be?
A: Yeah it is. What I found with figure is that I am not really a girly girl and don't do great with the heels. I think it is more me to be barefoot and posing haha. 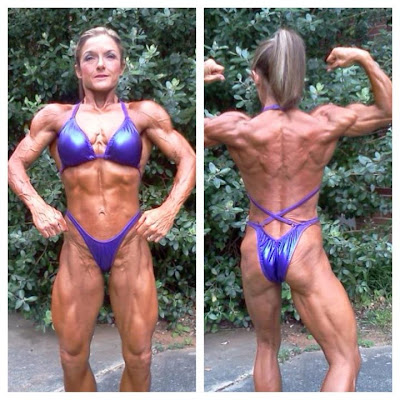 Q: Does having the word "pro" attached to your name carry any more responsibility as far as how you portray yourself?
A: I think so. Getting ready for my pro debut, I think I put more pressure on myself to, to try and set a good example.

Q: You mentioned your pro debut, what show are you doing and how far out are you?
A: I am doing the Kansas City Pro International and am three and a half weeks out right now.

Q: From last show to this one is there any part of your physique that you want to be better?
A: The one thing that I do want to improve, well I have several, but the main thing is to improve my lats. I also ant to improve my posing.

Q: For people who don't follow the sport closely, they may not understand the importance of posing, can you explain how important it is?
A: There is no way to show your physique if you don't display it for them to see. You have to display it for them to see it. I have been working on my posing with my trainer. We mostly do Skype. That is one thing I want to work on next year. After October this year I want to take a year off to gain some size and work on my posing. It is very important.

Q: From pictures I was amazed at your conditioning, is that something you made a conscious effort to work on and how important is it?
A: I think part of that is because I have been working out so long. You have that muscle maturity, it gets better and better with each show. The other part is I have an awesome diet coach, and that diet is very important.

Q: When you are at the gym, girls with your physique are not common, do you get a lot of attention or stares?
A: I do have a lot of people come up and talk to me. But I would say ninety-eight percent of it is positive comments or questions. Saying I am in great shape or asking how long I have been doing it. I get a lot of positive feedback.

Q: In public, do you dress to show it off or cover up and avoid attention?
A: I guess I show it off cause usually I am walking around in gym clothes haha. People outside, like if I go to Wall Mart, people are looking at you kind of funny haha.

Q: If you could spend one day training with any person, who would you pick?
A: I believe I would pick Cory Everson.

Q: Any particular reason?
A: She was one of my idols when I was growing up. I think she is still pretty cool these days. I think a lot of her. She won the Olympia many times. 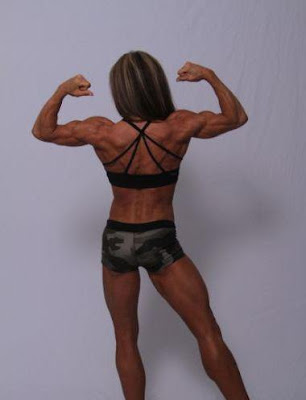 Q: Anyone you want to thank?
A: Special thanks to my husband for putting up with me and supporting me. Also, my trainers, Cliff and Katie Wilson, Team Wilson.
Posted by JasonDBK at 7:01 PM