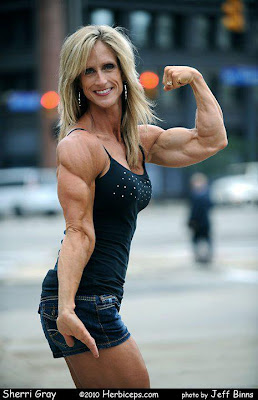 
Everyone has their list or there couple of people who they feel will for sure be a a pro one day. I have my own list and Sherri Gray has always been at the top of that list. She is no longer on that list as at Masters Nationals this year, Sherri brought her best package ever, a physique that was improved and much harder and ripped than ever before and won her IFBB Pro card. Sherri has come close on a few occasions and is someone you cant help but root for. She will make her pro debut some time in 2013 and don't be surprised to see her doing very well when she takes that stage.

Q: As everyone knows by now, you won your pro card at Masters Nationals, when you realized you won, what went through your head?
A: I was very excited. It was a surreal feeling. I have been waiting for it to happen and it never did. Everything happens so quick on stage, it doesn't hit you till later. I didn't have the full feeling till later that night and I was like "hey, I actually did win that". Everything is so quick that it doesn't set it.

Q: Leading up to the show did you feel it was a realistic possibility that you could get it this time?
A: I did, I felt good about the way everything was coming together. I knew I was bringing a good package, I just hoped it was what they were looking for. I got some feedback from them last year and knew what I needed to work on, and that is what I did off-season. Coming to this one, I knew I was there and just had to hope it was what they were looking for and fortunately it was. 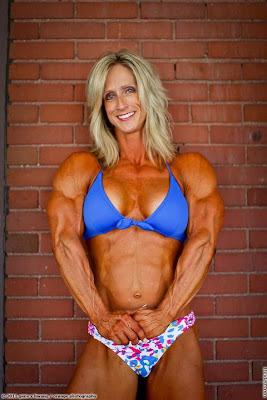 Q: After pre-judge everyone was saying it was yours, did you feel that way?
A: I thought I had won my class, but I never like to say I am gonna win it. It's not my call, you never know what the judges are thinking. I did feel good but I don't like to have that much confidence when it isn't totally in my hands.

Q: You have been close before, does it get frustrating being that close?
A: It does to a degree but it just pushes me harder to work and make off-season improvements. To bring a different package so they notice the improvements and that you are working towards that. I don't get discouraged. It is a personal goal and you have to keep going for it and hopefully they recognize it and award you with a pro card.

Q: So many people have said you would eventually get it or that you deserve it, when you don't win, does so many people saying that mean anything to you or give you satisfaction?
A: It does! To know that I have that support behind me and they notice how hard I work, it makes you feel good and motivates you to keep pushing towards that. 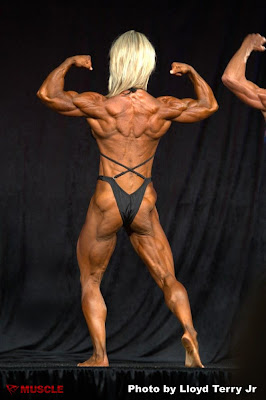 Q: At last years Masters you took third, from then till this one, how were you better?
A: I brought my legs in tighter. I was gonna come in ripped this time. Last year we came in a little softer because that seemed to be what they were rewarding, but then they were going for a little more cut. This show I was coming in as hard as I could and made sure my legs were tight. I think I brought my best package yet and they rewarded me.

Q: Your conditioning was definitely the best it has been, did you do anything differently in terms of diet?
A: Mike changed my diet a little. He brought me down quicker and had me do different kinds of cardio, plyos, running the stairs, stepmills, not the typical stepmill routine. It helped with my legs tremendously. Even though I may have hated every minute of it, it all paid off in the end haha. 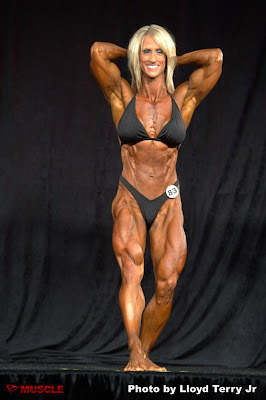 Q: Why was the pro card so important to you?
A: It was a personal goal. You get to a certain level at the amateur level and feel like you are at the top and need something else to push you to make improvements. I was ready to take the next step and make another journey. I am anxious to go to the pro level and see where I stand. You get to the top of the amateur level and start back at the bottom of the pro level. I am looking towards 2013 to see how it goes.

Q: Does having the word "pro" attached to your name carry any more responsibility as far as how you portray yourself?
A: Not at all, I'm still just me. It didn't change me or my personality. I am the same person,s till an athlete. Just competing on a different level at this point. I haven't been to any hows since I turn pro, so it may change when I go to a few, but I will always be me and never think I am better than anyone else. I am proud of myself and everyone else.

Q: Have you given any thought of when you want to make the pro debut?
A: It will be in 2013, I am not sure what show, I don't think the new schedule is out. Once I look at that and talk to Mike and see where he thinks I stand, we will see. But definitely next year.

Q: Where do you need to improve to be on a pro stage?
A: I know I will never be the biggest on stage, but I have a chance to be the best conditioned. So, I am thinking that will be on my side. I am always trying to make improvements, trying to get my back thicker and a little wider. If I can just bring my conditioning like at Masters, I think I will do well. I don't set my standards too high, it will be my pro debut, I just don't want to place last haha.

Q: You are always so good at picking a suit color that fits you, is that something you put a lot of thought into?
A: I do, I pick colors I like and will go well with my hair color and tan. The colors the last two years were my favorite and I always go back to a blue of some sort. I pick whats right for me.

Q: People who don't follow it as closely may not realize it but something like that is important isn't it?
A: Oh yeah! It is not as particular in bodybuilding as it is in figure or bikini, but you still want to look nice and look pretty. To present your physique as best you can, and overall appearance is part of that. You want to stand out and pick something that looks good on you.

Q: Is there anyone you look forward to competing with as a pro?
A: There are a lot of girls I have been on stage with the past few years that have turned pro. I am looking forward to being back with them, not just on a competitive level, but as friends. It will be different because we may have been in different weight divisions, but as a pro there is no weight division. It will be fun to be there with some of the more seasoned pros but also the news ones. No one in particular, just ones I have watched the past few years and see how I stand up against them.

Q: When you started doing figure, if someone told you you would become a pro bodybuilder, would you have believed it?
A: No, because originally I thought I would do one show and be done with it. But I fell in love with it, loved the way I had changed myself and felt better. I never even thought of changing to bodybuilding but I love it. It is a challenge and I love how I train. It took six years but I am excited about where I am at now. 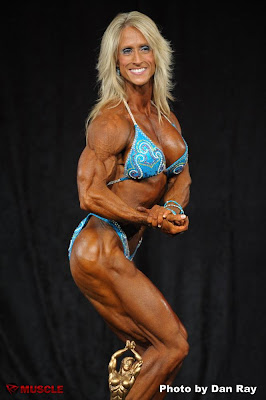 Q: You achieved this goal, so is there a new personal goal?
A: To do well on the pro level. I would like to next year to place top ten in a pro show and possibly get an invite to the Arnold's, and then go on from there.

Q: Anyone you want to thank?
A: My family, my husband, my children. I could not do this without their support. They give me time to do what I need to do and go to the gym. I always put them first, make sure I am at their events, but they always know mom needs to do what she needs to do. Mike Davies and Fitness Factory, I couldn't have done it without them. Champions Fitness Network, Champion Nutrition, and Tamee Marie Suits, she has made my suits the last two years and I hope to get that sponsorship next year. None of us could be here without family, friends and the fans who support us through emails and facebook pages. It keeps us inspired as athletes.
Posted by JasonDBK at 2:46 PM