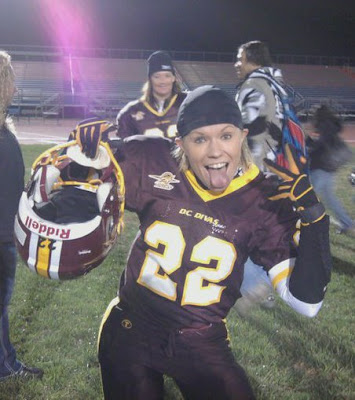 Perhaps you remember my interview with figure competitor Lindsay Sollers. I remember it. I remember it because Lindsay was always a favorite of mine. She was someone who did it for the right reasons. Lindsay is no longer competing, but now I get to interview Lindsay Sollers the football player. Yes, Lindsay plays football. This isn't lingerie football where they use their bodies to try and get you to a game. No, this is real football. Same rules as the men, same pads as the men, same drive and desire to win as men.

Q: I wanna start with your fitness career real quick. How did you get started in the gym?
A: Growing up I always played sports. I was always doing something in the gym, whether pre season working out and training or what not. I kept with working out and staying in shape through college. Then I had a friend at the gym who was a competitor and she peaked my interest in competing and taking my workouts to a new level.

Q: What did you enjoy about competing?
A: I enjoyed the challenge of the discipline to workout and the restricting your diet. The results of a hard twelve to sixteen weeks of training and dieting.

Q: Will you ever compete again?
A: No, I don't think so. Its been almost two years. At that time I was just gonna take a break. But after talking to my trainer and realizing I didn't really want to get a pro card, it wasn't the end all goal, and I realized it was time to hang up the shoes haha. 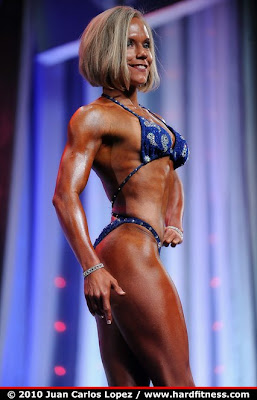 Q: Give an over view for, whats the name of your team, the league and what position do you play?
A: I play for the D.C. Divas, and I am a defensive back, both corner and safety, and we play in the Women's Football Alliance, and we have over sixty teams across the country.

Q: How did you get involved in it?
A: Even in my competing days I played flag football. For years, I knew of the D.C. Divas, they have been around since 2001. But with competing I couldn't commit myself to both, so I put the football off and also with traveling for work I didn't have the time to commit to practicing. So after I decided I wasn't gonna compete anymore, I went out for the football team.

Q: So you have always been a football fan?
A: Oh yeah. Growing up I was a die hard Cowboys fan and watched the game for a long time.

Q: If someone is reading and doesn't know and thinks this is just T&A Lingerie football, explain why this is different?
A: It's completely different, not just from the aspect of our uniforms, but the aspect of the playing field. We play outdoors on a full size football field, same size as the NFL, a hundred years long and fifty yards across. We play by the same rules, a combination of NFL rules and college rules. The only real difference is the size of the ball. We use a smaller ball cause girls have smaller hands. We are fully padded, shoulders pads, helmets, leg pads, whatever kinda pads you wanna wear. Take the NFL and put women in it and that's us. 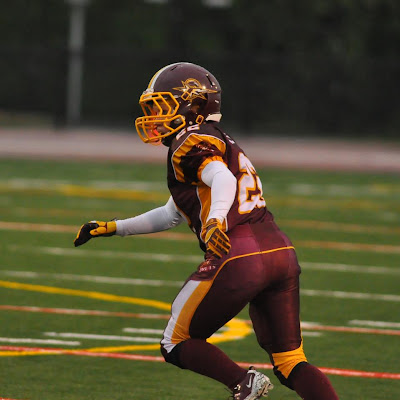 Q: Is there training from when you competed you can apply to training for football?
A: Absolutely! I still weight train and lift heavy. Cardio is a little different, I do more high intensity stuff cause you need that burst of speed. I do some endurance because there are times where you are in a two minute defense or the offense is running a no huddle and you have to have that endurance. So it isn't really different other than cardio. Diet is a lot different. I am not as restricted, I eat clean but can at more carbs and quantities of food.

Q: For a league like this to have long term success what will it take?
A: We have a good fan base. It will take more recognition and people to believe in women's football. Also funding and resources. Our team is owned by the quarterbacks father. He has put a lot into the team, but the rest of the money is paid by the players. Most teams in the league do that where we don't earn income. Whether it's out of pocket or raised through fund raising is up to you. The team offers many opportunities to raise the funds. It will take the skeptics to come see a game and start to believe in the sport. What we are doing today, I am not doing for me. I guarantee in my life time I wont see income, but we a re pioneers and raising interest of little girls and letting them know they can play this game. That's what we are here for, paving the way for young female athletes.

Q: Do you think there are some who haven't given it a shot because they don't realize women can play a competitive entertaining football game?
A: I think so. Maybe they have seen the lingerie league and think it's like that. But its not, we don't flaunt our bodies, we are out there to play a hard nosed competitive game.

Q: If someone is considering going to a game, how would you sell them on it?
A: Normally I introduce myself and find out from them if they are football fans. In my area I ask if they are fans of the Redskins and football, and then ask if they have heard of the D.C. Divas and let them know we are a women's professional tackle football team. We have been around for twelve years, we have won eight of the last nine divisions, been to two Super Bowls and won one. Let them know we are regular women, we have days jobs and three days a week we practice at night. 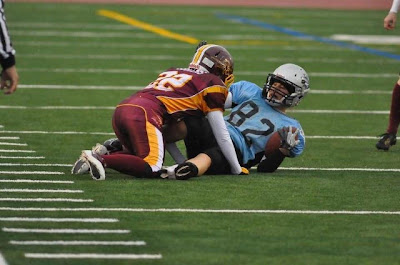 Q: Are there any players you watch to try and learn from?
A: Absolutely! Last year as a rookie I played running back. Being a Cowboys fan, Emmit Smith is my all-time favorite player. I watched videos of him, how hard he runs, never gives up, his legs never stop moving. I admired his drive and ability to shake off tackles and play through pain. Now on defense I pride myself on being physical on the line with the receiver and not let them get to their routes, so I like to watch Darrelle Revis and try and have good coverage if the receiver does get off the line and into their routes.

Q: Anyone you want to thank or mention?
A: Thank my teammates and coaches for believing in me. My family and friends who are at every home game and even some of the road games. We need as many supporters as we can get out there.
Posted by JasonDBK at 7:12 AM