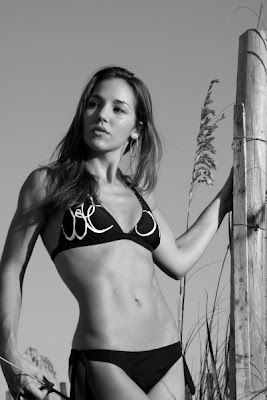 Jordan McDonald is coming off a loss as she gets ready for her next fight against Paulina Granados. Now that she is feeling at home and settled in Las Vegs, I expect to see a much better version of Jordan McDonald. It is women like Jordan, hard working, dedicated, great attitude, and friendly, who will continue to push women's MMA into the future.

Q: You have a fight coming up with Paulina Granados. How has the training been going?
A: Training has been amazing. The big difference between my training for this fight and the last one in August is when I first moved out here I didn't anticipate how long it would take me to truly get settled. For this fight I am so much more settled, I feel like I am part of a family at my gym, I know everyone so much better. The relationships and on an emotional and mental level I am in such a better place here in Vegas. Also because I know my coaches better and they know me better, its helped my training, and I have gotten better training partners. So every aspect is so much better this time around.

Q: So looking back, was the fight in August maybe to soon?
A: Yes an no. I don't want to take anything away from Liz cause she won the fight fair and square. But, maybe a if certain circumstances were different I could have been in a better mental place and it would have made me feel better about taking the fight at that time. If things had all gone according to plan I could have been ready at that point. I had some drama with a coach I no longer work with and just some other things that made it more difficult to get settled. So being more settled makes me more comfortable taking a fight. 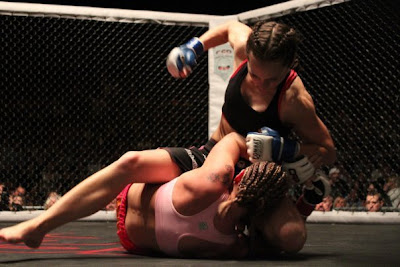 Q: is it hard to not get caught up in the part seen in Las Vegas ad not let it affect your training?
A: I don't have that problem at all. Both my room mates work in the clubs and bars, so not only do I live in a party town, but both my room mates are career partiers haha. But I am focused and here for a purpose. I tell people I drive by all those crazy people partying on my way to and from the gym. When you are in the gym twice a day five or six days a week giving it your all, you don't have a lot of energy and therefor motivation to go out and party. Not to say I don't have a good time when I give myself a break here and there, but I'm not that much of a partier. I am really focused on what I am doing and want to be in the gym more than I want to be in a club right now.

Q: How far in advance do you like to start game planning for a specific opponent?
A: This might be the first time I ever had an opponent where we knew about each other. I got on the card a little bit late because I didn't think I would free in April, but I did have a month of knowing who my opponent was. This is the first time I knew that far out and that there has been video of my opponent out there. So I have taken advantage of that this time, although it feels like a knew thing for me. I have studied her tapes and my coaches have studied her tapes. Its kind of nice and a confidence booster to have specific things I have been drilling for this specific opponent.

Q: From what you have seen of her, where do you feel is your biggest advantage?
A: I feel like this is a really well matched fight. But I think my stand-up is just a little bit better than her and I think my ground is gonna be better than hers. I want to make sure I impose my will and execute my game plan. She likes to move forward, I haven't seen any opponents push her backwards, or people have let her do her thing and deal with it. That's not my style of fighting. I feel like as long a I don't make mistakes I have an advantage wherever the fight goes. I am also more experienced, I have been training with world class coaches and training partners, and as long as I don't make a mistake I feel comfortable stand-up and on the ground. 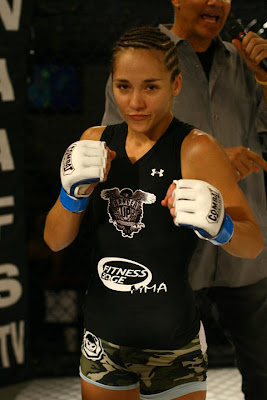 Q: Outside of you making a mistake, where do you feel she poses the biggest threat?
A: When people who knew her told me about her, they told me she was a ground fighter, but all her videos show she much prefers to stay on her feet. So I think if you were to ask her, she would say her strength is her stand-up. Or at least clearly that is where she feels more comfortable because that's where she stays in her fights for the most part.

Q: Coming off a loss, how important is this fight for you?
A: It's paramount. I am an obsessive compulsive person anyway and a horrible loser haha. I don't take it very well. Its a huge fire underneath my ass. Its a huge motivation factor. Losing is not an option. I don't care what happens, in my mind, I am not gonna lose.

Q: Do you have a prediction?
A: You know I don't really like doing that because you never never know. Especially with two fighters who seem to be pretty well matched and both have a background in stand-up and ground. If I had to guess, since most of my fights end with ground and pound and e at least in the second if not the first round, I will say first round by ground and pound.

Q: a lot of promotions still consider women fights side show or novelty, but they treat women fighters as fighters, does that make it more enjoyable to fight for them?
A: Absolutely. They are so supportive of female fighters. We have three or four female bouts on the card and that's just awesome. They are not just supporters, they are excited about female fighters.

Q: Last time we did this you seemed to be getting ready to go pro, is that still the plan?
A: Absolutely. If you are gonna get punched in the face you might as well get paid for it. I want to come off a win which is why I didn't after the last fight. Its in the near future. I have gotten a couple offers to fight quickly after this fight, so its up in the air if I want another quick amateur fight or go pro. I've talked to people about a pro debut but nothing solid. More than likely after this fight. 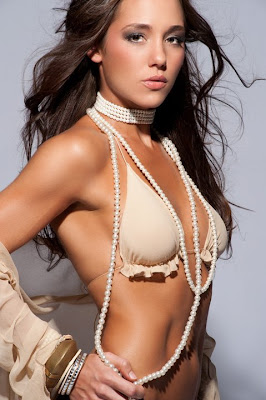 Q: Is there anything you want to accomplish, such as improvements in your game before you turn pro?
A: Absolutely. MMA is one of those sports you never truly master. You wanna come into a pro career in the top condition that you can. That's different in how I train now, as opposed to early in my career when I thought I would be going to law school and not doing this much longer. I would have a fight, train for a fight and then not be back in the gym till I had another fight. So I wasn't getting better, just maintaining. Whether I turn pro, staying in the gym and getting better is a priority. I would like a belt, I could get one as a pro to, but if a chance to get an amateur belt popped up, it would hold some weight whether I turn pro or not.

Q: Before we finish, anyone you want to thank?
A: Sure, I wanna thank my coaches and gyms. Robert Drysdale at Drysdale Jiu-Jitsu, Gil Martinez and Xtreme Couture. Also my sponsors for this fight, EDVI.com, a bunch of cool guys who support me, Ranger Up, Fight Chix, Pure Form Supplements, face of MMA, Tapout Pro, and Valley Spine Chiropractic Care.
Posted by JasonDBK at 8:56 PM