Jason's Weekly Blog: A Tribute to Danny-J and Zoa Linsey

I like to write. I often look for reasons to write. So I decided to do a weekly blog. About whats on my mind in fitness or MMA, or in this case, to pay tribute to people. No better way to start then to pay tribute to two very special women. Danny-J and Zoa Linsey. 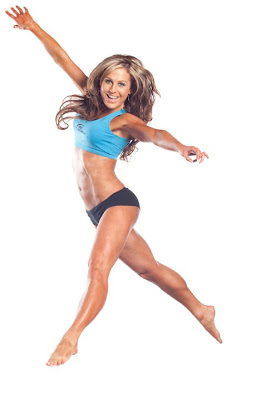 First let's talk about Danny. Perhaps you know my story. I was 300 pounds and hated who I was. It became time for a change. I needed to get in shape. I got some good advice from people, but it was too much. Too many people telling me what to do. I knew Danny from Facebook, and had occasionally sought out her advice. Finally it dawned on me, I need to just hire her. One year later I went to the Arnold's and weighed 175. Yes, that's 125 pounds in one year. Now people say, "you did the work" or "give yourself credit to". I do give myself credit, but Danny is the one who showed me how to do the work. After this surgery I will be on stage, and its because of her. Many of you know Danny, but few of you know about Danny. There is a difference. If you knew her, you would know how truly inspiring she is. There have been interviews, including my own interview with her, where she talks about her life and her past. Find them and read them. Throughout her life from what I know, and even since I have known her, if she wanted something, while it was challenging, she went out and got it. That has had a bigger influence on me then she probably even knows. When people used to doubt me or say negative things, I let it affect me and bother me. I don't do that so much anymore. Its because of her. I see her never say die attitude and it makes me realize I cant and wont quit either. 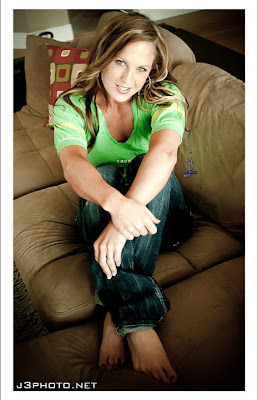 Another way she has rubbed off on me is one word..... HELPING. I help people with things like diets whenever I can, and its partly due to Danny. She loves to help people. Even before I hired her, she helped me when she could. Go on her facebook page or her fan page, you have a question, she helps if she can. She likes to educate and see people succeed. Even when she is having problems or issues, she still makes time for others. In an industry that has its share of selfish people, Danny and the word selfish will never be in the same sentence. 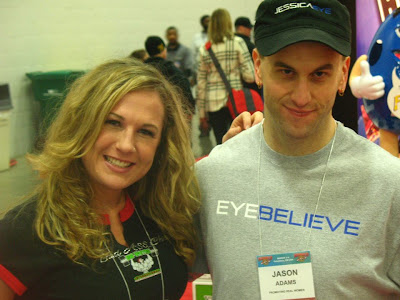 The best thing that has come from my weight loss and everything is Danny. Not Danny the trainer, Danny the friend. As you have likely heard me say, when I compete, I want her to be proud. Her pride is better than some trophy or pro card. 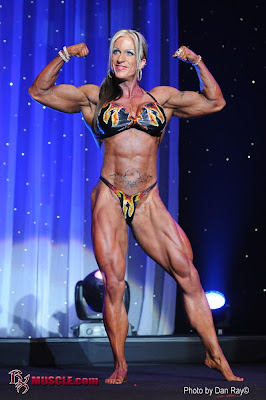 Let's talk about Zoa now. Zoa Linsey, before I even knew her, was someone I admired. I admired her for her physique, cause that's all I knew about her. I got to know her and she was amazing. She was so supportive of me and gave me advice when needed. She even sent me two cameras to make my progress pics better. Shortly before the 2010 Ms. Olympia Zoa suffered a bad back injury that caused a lot of pain. If anyone knows pain its me. I have a degenerative hip that needs replaced. She still competed. Look at her pics from the Olympia. Yo would never know she was hurting. She looked amazing and had a big smile on her face. 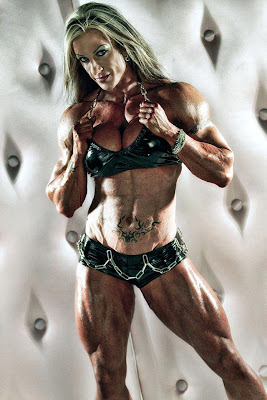 She finally made her return at the Arnold's this year, and again looked amazing. Just getting on stage made her a winner. No one needed a judge to tell Zoa she was a winner. She won before she walked onto that stage. But she also taught me something. She battled back. She didn't let an injury get in her way. She taught me that my hip problem is just something I have to overcome. That if I do my best and am satisfied with how I look, then I am a winner before I even get on stage. At the Arnold's I got to see Zoa on stage for the first time in person at Pre Judge. I stood there watching and while watching, I envisioned myself on that stage and hoped one day she would see me on stage, and be as proud of me as I was of her. 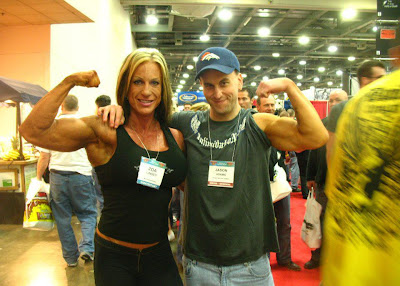 While I have friends in and support all the divisions, I wanna be a competitive bodybuilder, I AM GONNA BE A COMPETITIVE BODYBUILDER, so it stands to reason that at least some small part of me will most enjoy watching the bodybuilders. Often I am asked who my favorite bodybuilder is. The answer is quick and easy, Zoa Linsey will ALWAYS be my favorite bodybuilder.
Posted by JasonDBK at 4:26 PM