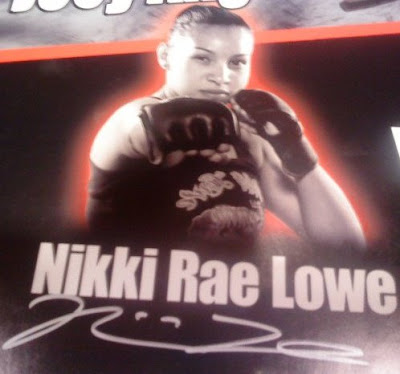 I admit I have yet to see Nikki Lowe fight. But I have heard great things about her. But without seeing her fight, reading her interview has made me a fan. MMA is my passion, and I cover women's MMA, and I love that there are people like Nikki in it. Sometimes you can tell just by hearing or reading about someone that they are going to be great. I can tell just from reading Nikki's words she has the heart, passion and dedication to be great in this sport.

Q: First, Nikki I want to thank you for taking the time to do this.
A: Thank you for contacting me and asking me for the interview.. I'm excited about it.

Q: Can you start out by telling a little about yourself.
A: I'm 26 Years old and as of right now am a single mother of two. I work as a corrections officer here in Albuquerque.

Q: Were you especially athletic growing up? Play any sports?
A: I played basketball through out Middle school and high school. 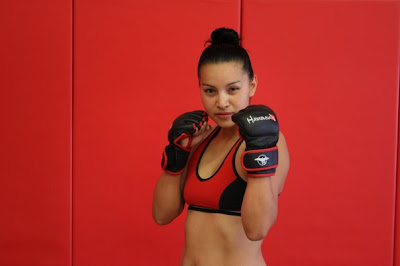 Q: What initially got you started training for MMA?
A: I got started in MMA a few months after I lost my older brother. It helped me with my grief and my anger.

Q: Was the training something you picked up fairly easy?
A: Training did come easy because I'm a very competitive and strong hearted person.

Q: How long did you train before your first fight?
A: I trained about five months before my first fight which I won TKO in the third round.

Q: Was fighting something your family and friends supported?
A: My friends definitely supported me and one of my older brothers for sure but my mom on the other hand wasn't and still isn't so happy or supportive of it.

Q: Where do you train at now?
A: I'm training with Albuquerque Brazilian Jiu Jitsu.

Q: Can you give your overall record so far.
A: I am 2-1 TKO, TKO by doctor stoppage and loss by decision. 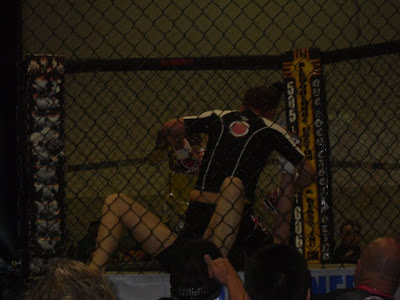 Q: Is there one fight you would say you are most proud of?
A: I would say I'm proud of my second fight which is the one I lost. It was against a girl who comes from a wrestling family and cut a lot of weight to fight me. we went all three rounds and ended in decision. We got fight of the night. I broke my hand on her head and broke her nose. It was so much fun. I tried to pull out of that fight because I wasn't mentally ready. I had so much going on months before the fight and told them I wasn't going to take it but they didn't have anyone to replace me so I moved on with it. That made me realize that you come first in this sport and if you're not ready then don't take it. I know I could have had that fight but my head just wasn't there. 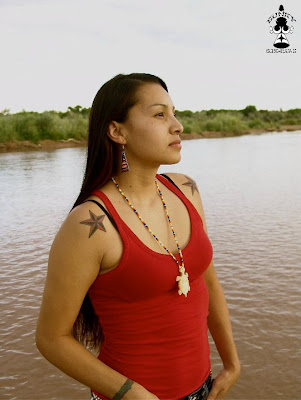 Q: Are there any fighters you are a fan of or love to watch?
A: I am a fan of my brother Scott Lowe and I love to watch him fight. Also my friend Rudy Morales out of Las Vegas.

Q: In your opinion, who are the top five female fighters in the sport pound for pound?
A: Cyborg for sure, Gina Corano, Meisha Tate, Julie Kedzie and Kaitlin Young

Q: Do you ever see a major U.S. women's only company being viable?
A: I do.. Hopefully someone will step it up and do it.

Q: Often you watch a show that has one women's fight. Somehow that fight always turns out to be the most exciting fight on the card. Why do you think that is?
A: I was just talking about this to a friend. I really don't know. I think that maybe cause we want people to see that we train and fight just as hard as the guys do and we want to show that we have what it takes. I know when I'm out there I'm fighting my hardest and so is the other woman. We don't waste time and handle business.

Q: What is the biggest misconception about female fighters?
A: The biggest hmmm I think that we don't train as hard as the men..

Q: If another woman told you she wanted to train for the sport, whats the biggest piece of advice you would give her?
A: Don't be scared to get hit in the face.

Q: Outside of training and fighting, any other hobbies or activities you enjoy?
A: Just hanging with my kiddos and spending as much time as I can with them.

Q: Can you describe a typical day in the life of Nikki Lowe.
A: Wake up, Make the kids some food, watch a little t.v then head to the gym. Leave the gym around 1230 head home, clean up, make lunch, take the kids to the sitter then head to work until 11 at night. Then on my days of just do whatever the kids want to do and also take care of what I got to do too.

Q: What is one thing people would be surprised to know about you?
A: That I had surgery to have a pituitary tumor removed from my head in 2008.. My doctor told me I was walking around half dead and that I should have been blind.

Q: So whats next for you? Any idea when you will be fighting again?
A: I was supposed to fight July 8th here in Albuquerque but can't because of separated ribs. So I hope to go back to Las Vegas in August and fight for Tuff N Nuff..

Q: Anything you want to take this time to plug or promote?
A: I want to thank everyone that has supported me and is proud of me. My sponsor R&D Entertainment, Black Diamond Screen Printing, Mike Chu, 5 Star, my co-workers, my coach William Carpenter and everyone at the gym, My brother Scott Lowe and My brother Thomas (may he rest in peace). Most of all my kids, Nokose and Mvhayv. The loves of my life. 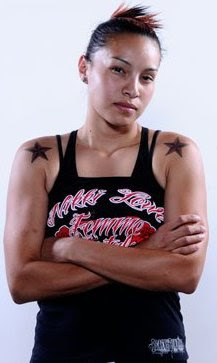 Q: Are you looking for sponsors? If so, how can they reach you and what are they getting in Nikki Lowe the fighter and person?
A: Yes I am looking for sponsors and would be honored if anyone would be interested. With me you get a very real and honest person kind and strong hearted. I also fight for my native peoples. Love being a role model to them and all youth. You can reach me on facebook, Nikki Lowe (Albuquerque, NM) or through e-mail... nikkirlowe@yahoo.com

Q: Nikki, I want to thank you for doing this. Any last words before you go?
A: Would just like to thank you for taking the time and interest in doing this interview with me and wish you well and good health.. Ta Ta for now.... MVTO!!!! (thank you)
Posted by JasonDBK at 3:25 PM